The Ensembl team will be delivering a couple of workshops in the 12th International Congress of Human Genetics today and tomorrow. Please come along if you were interested to know about the latest improvements to our browser.

If you want to learn how Ensembl can help you on your research, or perhaps you have some questions, please come along. You are welcome to come with your laptop and join us today and/or tomorrow. 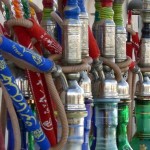 This year the Human Genome Meeting has brought us to Dubai (in the United Arab Emirates) for a very interesting conference focusing on the genomics of human genetics. Ensembl is featured in one of the satellite events organised, The Open Door Workshop, offering us a unique opportunity to present the latest develoments in the project to participants from 12 countries (Australia, Brazil, India, Indonesia, Iran, Pakistan, Saudi Arabia, Slovenia, Spain, Sri Lanka, Sudan and obviously our host country UAE) with a broad range of interests ranging from clinical genomics to database management.

We have received very positive feedback on some of the latest goodies hidden in our favourite genome browser, such as the possibility of streaming BAM files to display NGS data alongside the Ensembl annotation (undoubtely we should be posting some tips on this very soon).

Our workshop at the ASHG Annual Meeting has been sold out this year! 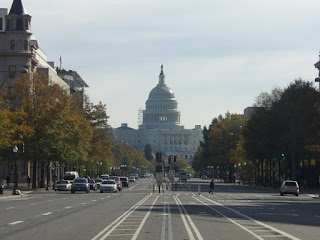 During this session we will explore the latest assembly of the human genome and show some of the highlights of our genome browser. In order to make things easier for participants, we have put together a document that should allow you to follow the session. Dowload this document from here (429KB).

Ensembl will be training at the Terrence Donnelly Centre for Cellular and Bio-molecular Research, University of Toronto this coming month of September, where we will be running two workshops (7 & 8 September).

In these workshops we will provide an overview of recent and future developments in the Project, as well as focus on some particular topics such as variation or gene annotation. As always, we encourage participants to come with their own research questions. Note that participants have to come with their own laptop, other than that you only need some general knowledge of molecular biology/genomics and familiarity with web browsers. If you have any additional questions you can get information from the organisers. In addition to the University of Toronto, this course is sponsored by the OICR, CIHR-IRSC, and EMBL-EBI.

This could be come a new word in English is it becomes more frequent… well whilst most of Europe was grounded (and some colleagues from Ensembl stranded throughout the world) we only had to postpone one workshop… And our tour of Australia continued (we only had domestic flights and these weren’t disrupted), coming to an end this week (I’m flying to Canberra where the ANU is hosting the last of the series).

Great feedback (thanks for filling those surveys, guys!), and our SNP Effect Predictor tool is becoming very useful, this trip also gave us a a chance to test (first hand) the speed of access to the browser and API from Australia. 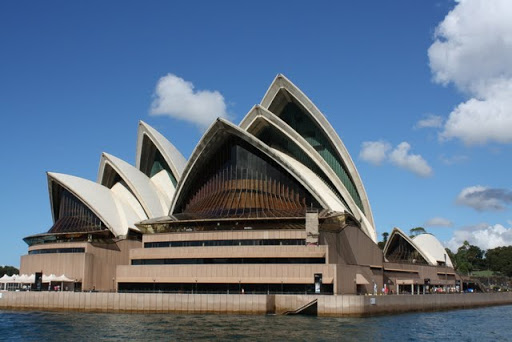 This coming month, as Bert has already posted, we are attending a couple of conferences in France, if you are attending the Paris workshop (it may not be too late to register if you plan to be in town) you will have to clear security (it’s hosted at the UNESCO at the end of the day), so come early (with your passport or ID card), we are also running a workshop in Montepellier (thanks to HUGO and specially Cathy for this one).

Back to Europe soon,

Ensembl is running a series of workshops in Oz, starting today in Melbourne at the VLSCI (tomorrow we have a couple of seminars at the WEHI and Peter MacCallun). Later this week we will have a further workshop in Adelaide, to continue next week in Sydney, Brisbane and Canberra. So if you are in the area, why don’t you come around?

Furthermore, we took this opportunity to finished the details of another coming workshop in Paris hosted by the Human Variome Project where in addition to Ensembl we will discuss other EBI resources such as EGA. There are still some seats available if you happen to be in Paris in May

From this little corner of the world Ensembl will be delivering an Interactive Workshop on Friday (October 23rd) from noon (12.00) in Room 315 in the Convention Center. If you want to attend, let us know as seating is restricted and we are allocating seats until the room is full. You must bring a laptop with a wireless card (and a fully charged battery).

Furthermore, you can also visit us on booth 432 where we will be happy to help you and get any feedback.
Mahalo

Who is using us?

During the long flight from London to Seoul, where I’m now giving workshops, I had time to do some analysis.

We have recently changed the way we analyse traffic on our website. Urchin Software allows us to pinpoint access to our site with more accuracy. (In a previous post, I showed data where some domains were excluded in the representation).

This month’s data (June 2009) is more comprehensive and can be shown with the following heatmap. Again, dark-coloured countries show more use than lightly shaded ones. We can now detect some low level traffic in the African continent missed in previous analyses. 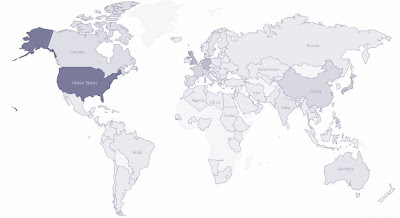 Following a recent thread, I normalised these data taking into account population. (Did I mention how long the flight from London to Seoul actually is?) This puts the Netherlands as the country with the highest ratio of Ensembl users normalised by population, followed by Sweden, Switzerland, the United Kingdom, Finland, Belgium, Iceland, Germany, Denmark and Singapore (the first non European country in the list) pushing the United States (excluding traffic from the US mirror) to the 15th position.

On another matter, I’m glad to see that our user base in this country is well established. Apart from the obvious Seoul, we can also see access from Taejon, Kwangju, Taegu, Pusan, Inchon, Pohang and up to 29 locations in the country, and following these workshops we hope this will increase further.

As they say over here 안녕

Following our recent post updating you with feedback from our recent user survey, I wanted to share with you the following data. I’ve been data mining our web logs to get a picture of worldwide access to Ensembl (this is page impressions) and I put them on a heat map representing access to our browser (this doesn’t include either BioMart or direct access of our public databases). I filtered out commercial IP addresses (i.e. all those .com, and .net) to simplify the analysis. Countries are shaded according to how much they accessed the Ensembl browser in the month of May. Dark countries use the Ensembl browser more, light countries, less. And this is what you get: 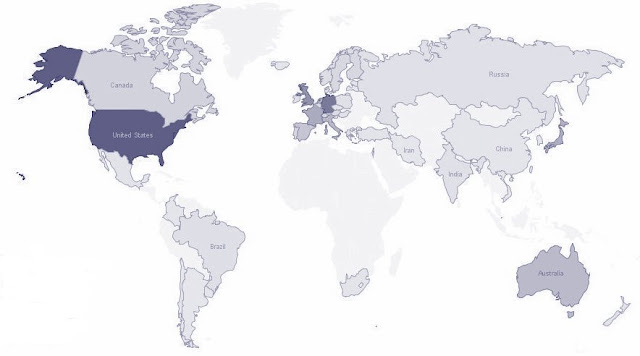 Can you see your country here? If not, consider running a browser workshop in order to join our wide community of Ensembl users!

This map should help us to monitor the success of our workshops (at this moment I’m writing this from Venezuela which hopefully should appear in future heat maps!) Although there are still some gaps in the map, we are happy to see that Ensembl is used globally and our efforts are recompensed. Training leads to more in depth understanding of how to use the browser, and we think our worldwide workshops are helpful in using Ensembl to guide and enhance research.

Greetings from Venezuela, or as you would say here… ¡Hasta la próxima

We are already working on our next release (out late in April 2009) which will come with the following:

Zebrafish
We will be releasing a new genebuild for zebrafish (with updated repeat masking) based on the latest assembly Zv8. Thus, we’ll have a new gene set (with new probeset mappings).

Horse
A gene patch (fixing split genes) based on human/mouse 1:1 orthologues. Therefore we have a new gene set.